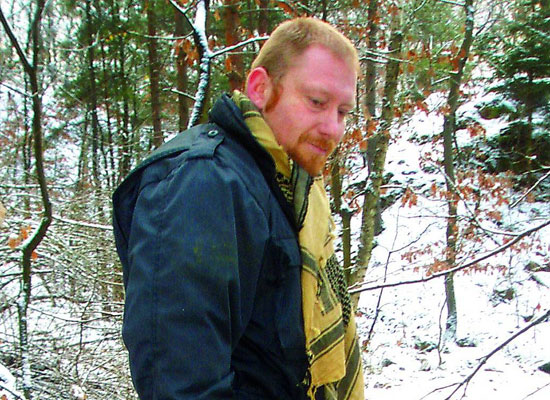 Did Viktor Štingl, who served with elite Czech units in Iraq and Kosovo, pay a six-week-old girl’s mother 500 crowns to spend time alone with her child, and then perform oral sex on the infant?

Since leaving the army, Štingl, who lives in Libědice, a village in the north Bohemian Ústí nad Labem Region, has worked as a bodyguard, protecting the likes of former Prime Minister Jiří Paroubek. (A Blesk reporter spotted Štingl guarding the former Czech Social Democratic Party (ČSSD) leader at a widely reported 2009 event where Paroubek was pelted with eggs.)

Petra Štinglová, Štingl’s wife of 18 years, is standing by her husband, giving local newspaper Chomutovský deník an interview about the case and passing along a letter her husband has written her from prison.

Libědice residents interviewed by the same paper have also expressed disbelief that their neighbour could have committed the crimes he’s accused of.

“I don’t believe he could have done something like that,” Pavel Kozlík, described as a friend of Štingl’s, told Chomutovský deník’s reporter. “He’s a man completely at ease [with himself] — friendly and likeable. He has a child himself — a 16-year-old boy. The whole thing is a little strange.”

Having completed their investigations into two of the 16 cases, the police continue to work on the remaining 14.