Lock Up Your Sons: Polish Woman Wants Sex With 100,000 Men – and She’s Coming to Prague 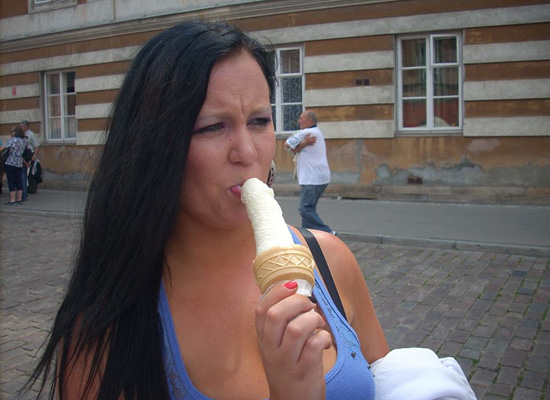 Ania Lisewska has a dream: She wants to have sex with 100,000 men — and next month she’ll be following that dream to Prague.

According to an article in Blesk.cz’s “Pro muže” (“For Men”) section, the 24-year-old Pole’s “European Sexual Marathon Tour” will be visiting the Golden City on July 13th and 14th, looking for men aged 18-45 who either “don’t have a girlfriend” or have one who’s “very tolerant.”

Between May 24th, when Lisewska set out on her mission, and June 25th, when the Blesk.cz article was published, she had reportedly had sex with 284 men — close to nine per day.

“I live in Poland, which is a land where sex is taboo,” she offers by way of explanation for her unusual hobby.

“I decided I wanted to do this — I wanted to have sex with a hundred thousand men. In Poland, Europe and around the world. … It’s about love, sex and entertainment.”