Death in Egypt: The Poisoning of Monika and Klára Kramná 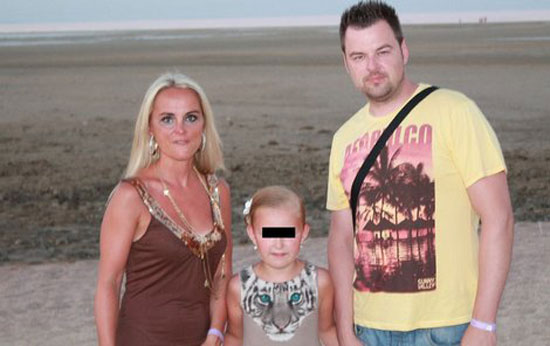 The mysterious deaths of a Czech mother and daughter in Egypt continue to grip the Czech tabloids.

Thirty-six-year-old Monika Kramná and her eight-year-old daughter Klará “Klárka” Kramná died in their room at Hurghada’s Titanic Palace hotel on July 30th, apparently having been poisoned.

The only survivor of the incident, 35-year-old Petr Kramný, is suspected of murdering his wife and daughter and has been told not to leave Egypt by the local police.

Kramný maintains his innocence, however, and on August 6th told TV Nova’s Televizní noviny news show that his wife was wearing no knickers when he found her body, suggesting some kind of sexual assault by a third party.

Blesk, meanwhile, has been increasingly critical of the Egyptian police, reporting that the Czech police are unhappy with lack of co-operation they’re receiving and that major organs were missing from Monika’s and Klárka’s bodies when they arrived in Ostrava for a second autopsy.

In the absence of much real evidence, the tabloids have taken to speculating wildly, scrutinising the Kramný family’s private lives, and bothering people in their hometown of Karviná.

Among the “revelations”: Monika Kramná once had some moderately saucy photos of herself taken; Petr Kramný was a bit weird at primary school; and an extremely dubious story appeared on Extra.cz alleging that Kramný used poison from the car plant where he works to poison his wife and daughter.

The first of a series of exclusive interviews with Kramný appeared in Blesk on September 7th, since when the country’s best-selling newspaper has been far more sympathetic towards him.

Over a month on from Monika’s and Klárka’s deaths, Kramný exists in a kind of limbo, neither allowed to return home nor charged with any crime, and the case remains unsolved.