New Clues in Police Hunt for Barrandovský Most Body’s Identity 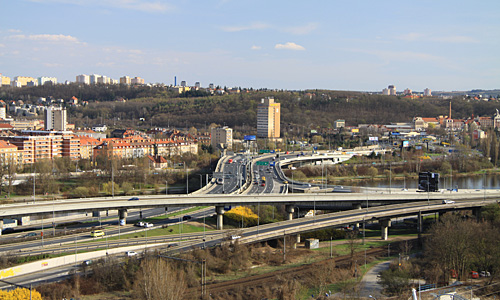 Prague police have revealed more information about a woman, presumed murdered, whose foot was found on a Vltava river bank earlier this month.

This is what we now know about her, according to Blesk:

According to police spokeswoman Hana Jeřábková, she also had an appendectomy scar on the right side of her abdomen and may have had a navel piercing.

So far, the police have been unable to find the head, left leg and left arm but have recovered the rest of the body from the area beneath Barrandovský most, the bridge that links Prague 5-Hlubočepy and Prague 4-Braník.

The search began after a member of the VK Smíchov rowing club spotted the woman’s foot on a river bank in Prague 5-Smíchov on October 9th.

“I saw something on the bank,” the man told iDNES.cz at the time. “I thought it was a carp but it seemed odd that it had no scales.”

The police have reportedly dismissed a possible connection with a similar case in Slovakia but haven’t ruled out a link with a killing that Prague police solved two years ago.

In both cases, a woman’s body parts were found wrapped in plastic bags.