Why is the BBC running adverts for Czech political parties that break its own guidelines? 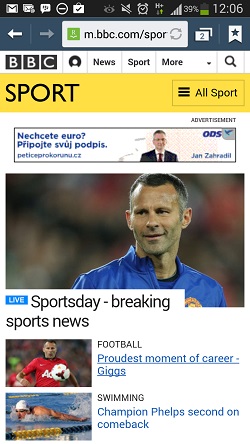 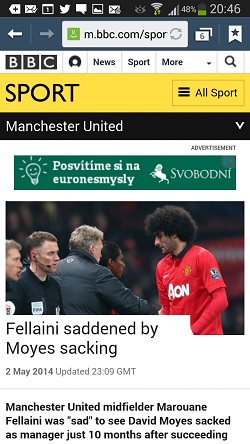 PraguePig.com was surprised to see adverts for two Eurosceptic Czech political parties on the BBC Sport website over the weekend.

The banners, for the centre-right ODS and the libertarian Strana svobodných občanů (Svobodní), clearly breach BBC rules on political advertising.

According to the copy of the Beeb’s Advertising and Sponsorship Guidelines that PraguePig.com keeps by his bedside, “political advertising and advertising about controversial subjects” are strictly forbidden.

Is the BBC now part of some sinister anti-EU conspiracy or (more likely) did nobody notice?

As soon as PraguePig.com stops sniggering at Man United’s recent misfortunes, he plans to find to find out.

You are entirely correct to point out that this should not have happened although I can tell you it was removed as soon as we became aware of it. After investigation we have found an issue with our filters’ translation of Czech which meant it failed to recognise the ad as political and reject it. We are taking steps to ensure this is not repeated.

Please accept our apologies for the delay in replying adequately and our grateful thanks for bringing this to our attention.