How many of Blesk’s 43 Czechs “the world is talking about” do you know? 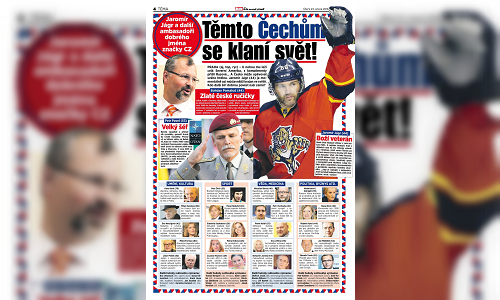 Perhaps because it was a slow news day, Blesk recently published a list of “43 Czechs the world is talking about.”

From an expat’s perspective, the selection is an interesting insight into how Czechs (or at least, Czech tabloid journalists) think they’re seen by the rest of the world.

Even after nearly 20 years in the Czech Republic, PraguePig.com struggled to recognise a lot of names on the list, particularly in the Science & Medicine section.

If I’m completely honest, I only know around 25 of the names, a couple of whom only squeeze into the “sounds vaguely familiar” category. How about you?

Perhaps most interesting are the people that don’t make the list.

Outside of sport, the only Czech I’d heard of when I moved to Prague was animator Jan Svankmajer.