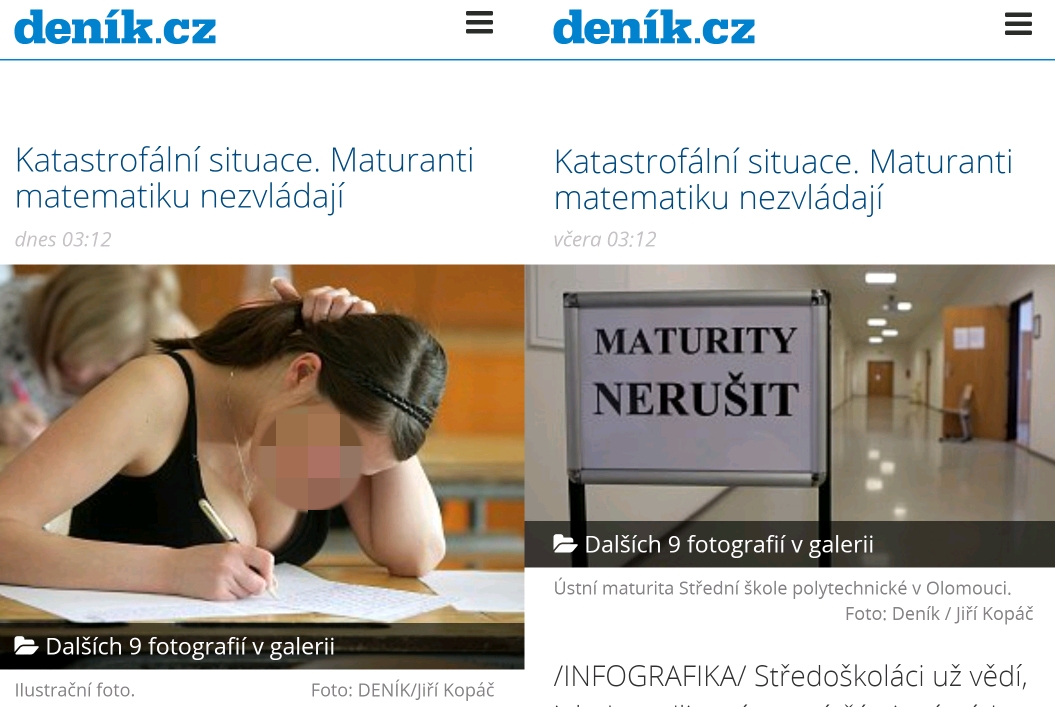 PraguePig.com’s “Sleaze of the Month” award goes to the Denik.cz photo editor who decided to illustrate a story about Czech high school students getting poor maths results with an unpixelated version of the picture on the left, featuring a rather well-endowed young lady.

Compounding the regional news site’s sins, the original Facebook post (since deleted) referred suggestively to “fours and fives”, which, as well as being bad marks in the Czech school system, also refer to large breasts. (For some reason, Czechoslovakia used Italy’s old numerical system for sizing bras, in which “0” is the smallest size.)

Following an entirely predictable response in the comments, somebody saw sense, and the image was quickly replaced with the stock photo on the right.