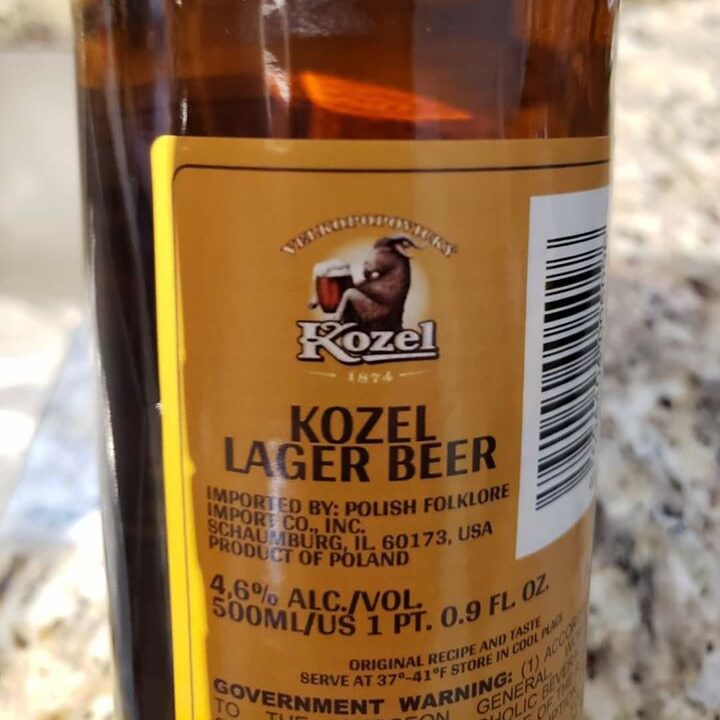 Ojej! What multinational madness is this?

Velkopopovický Kozel beer is now being sold in the United States, but brewed in Poland rather than — as you might reasonably expect — in Velké Popovice, Central Bohemia.

According to the label, the “Czech” lager is imported into the USA by the Polish Folklore Import Co., Inc. of Schaumburg, Illinois.

Kozel is part of Plzeňský Prazdroj, the Plzeň-based brewing group that also produces, among others, Pilsner Urquell, Gambrinus and Radegast.

Since 2016, Prazdroj has been part of Asahi, a Japanese beer giant that snaffled up rival beer behemoth Anheuser-Busch InBev’s Central European breweries in the Czech Republic, Poland, Hungary, Romania and Slovakia.

According to just-drinks, Asahi has been badly hit by the Covid-19 coronavirus pandemic and, in response, is currently consolidating its two European teams into one business unit.

Is Polish Kozel part of that consolidation? And if so, what’s next?

• Thanks to Bob Bruzzi of the Czech Beer Fan Club Facebook group for giving PraguePig.com permission to use his photo!