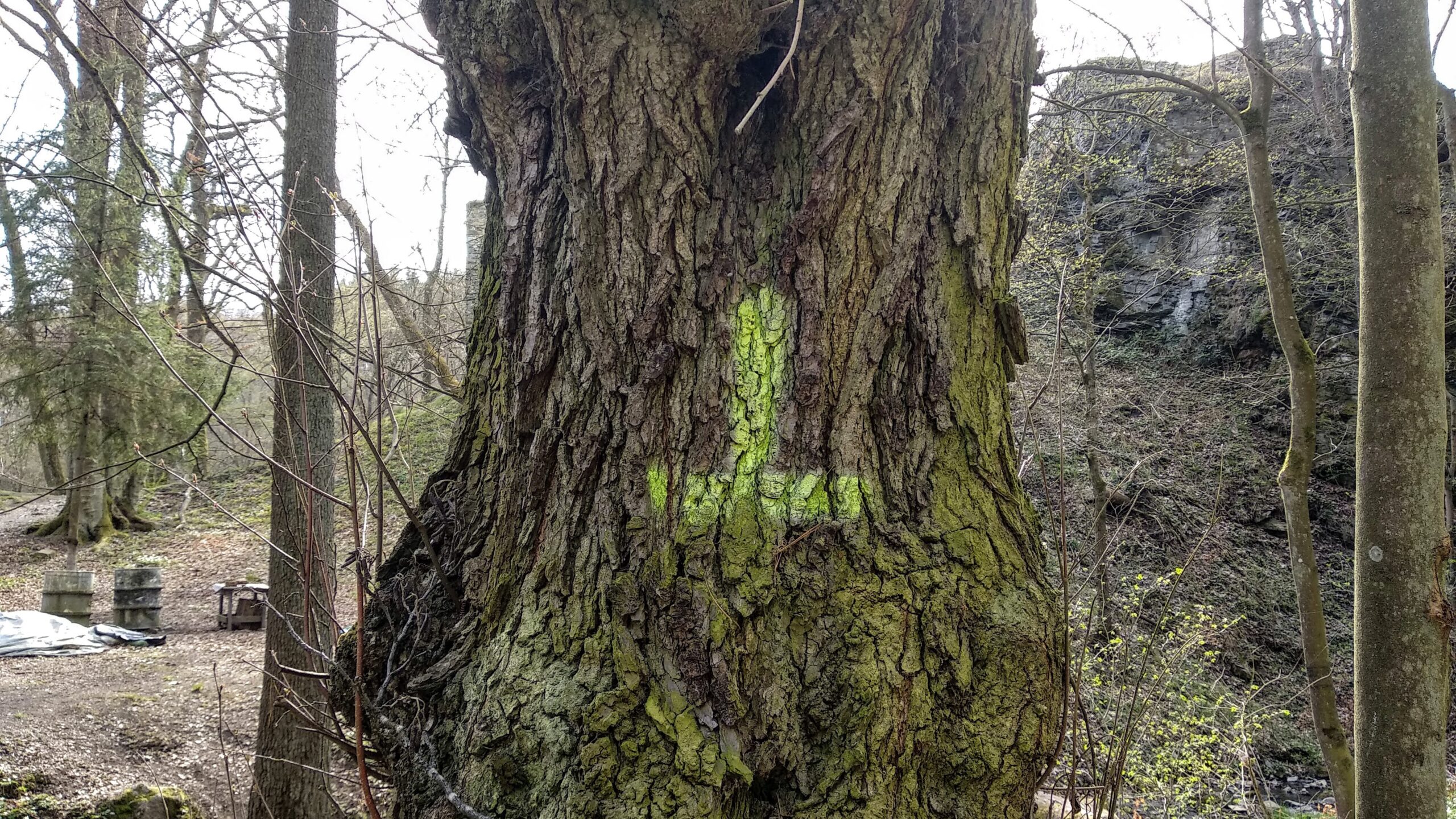 PraguePig.com readers probably already know about the Czech Republic’s network of colour-coded hiking paths. But what about those other markings you see painted on Czech trees?

Most of them are the work of Lesy ČR, the quango responsible for managing large swaths of Czech forest, and, back in 2013, they published a guide to these markings (or, to be more accurate, “blazes”) on their website.

Here’s my translation of the key stuff… 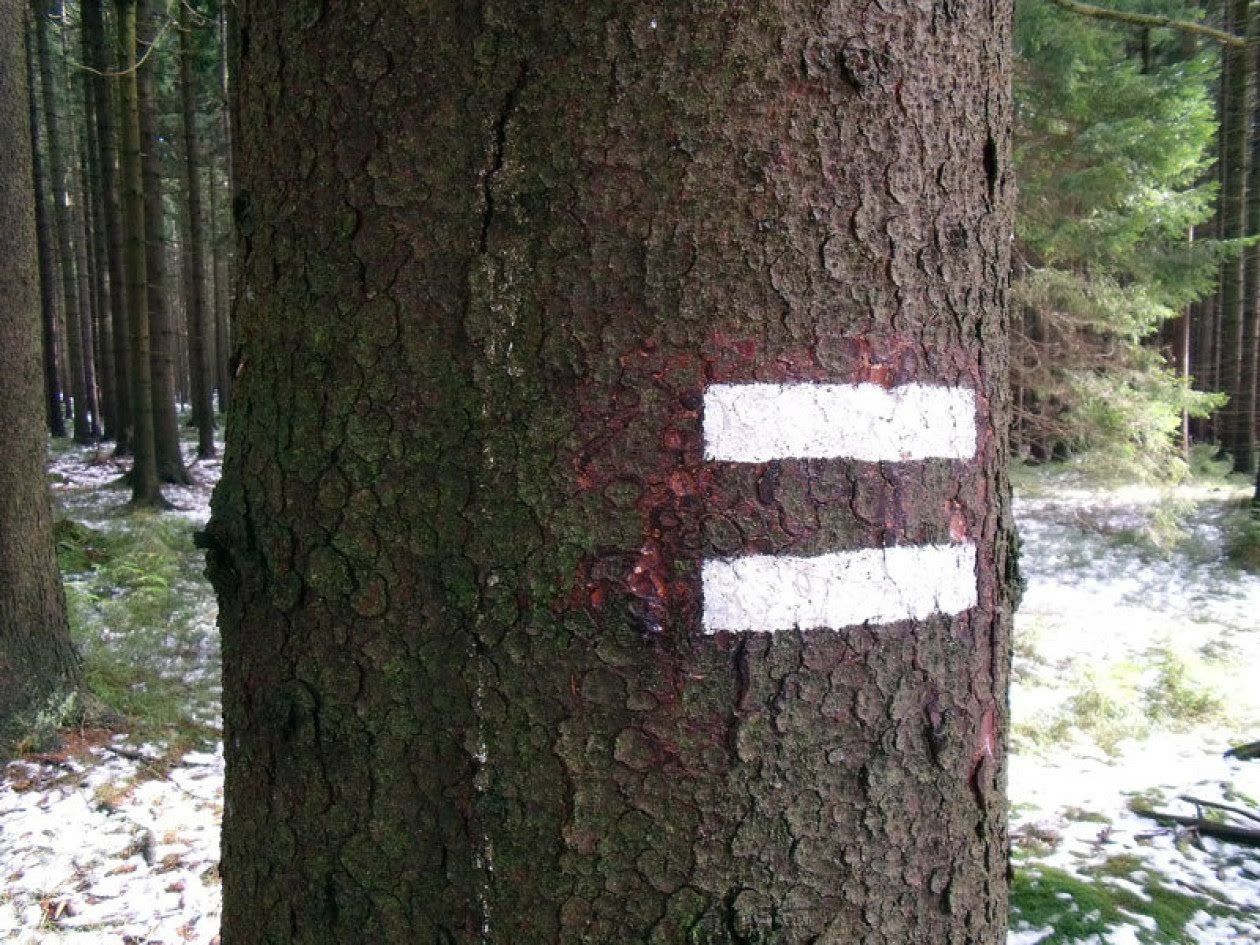 Lesy ČR divides up the woodland it manages into departments (“oddělení”), and each of these is sub-divided into smaller “díly” (“parts”; singular “díl”). Two short parallel horizontal stripes, resembling an “equals” sign (=), in white paint, mark the border of an “oddělení”. 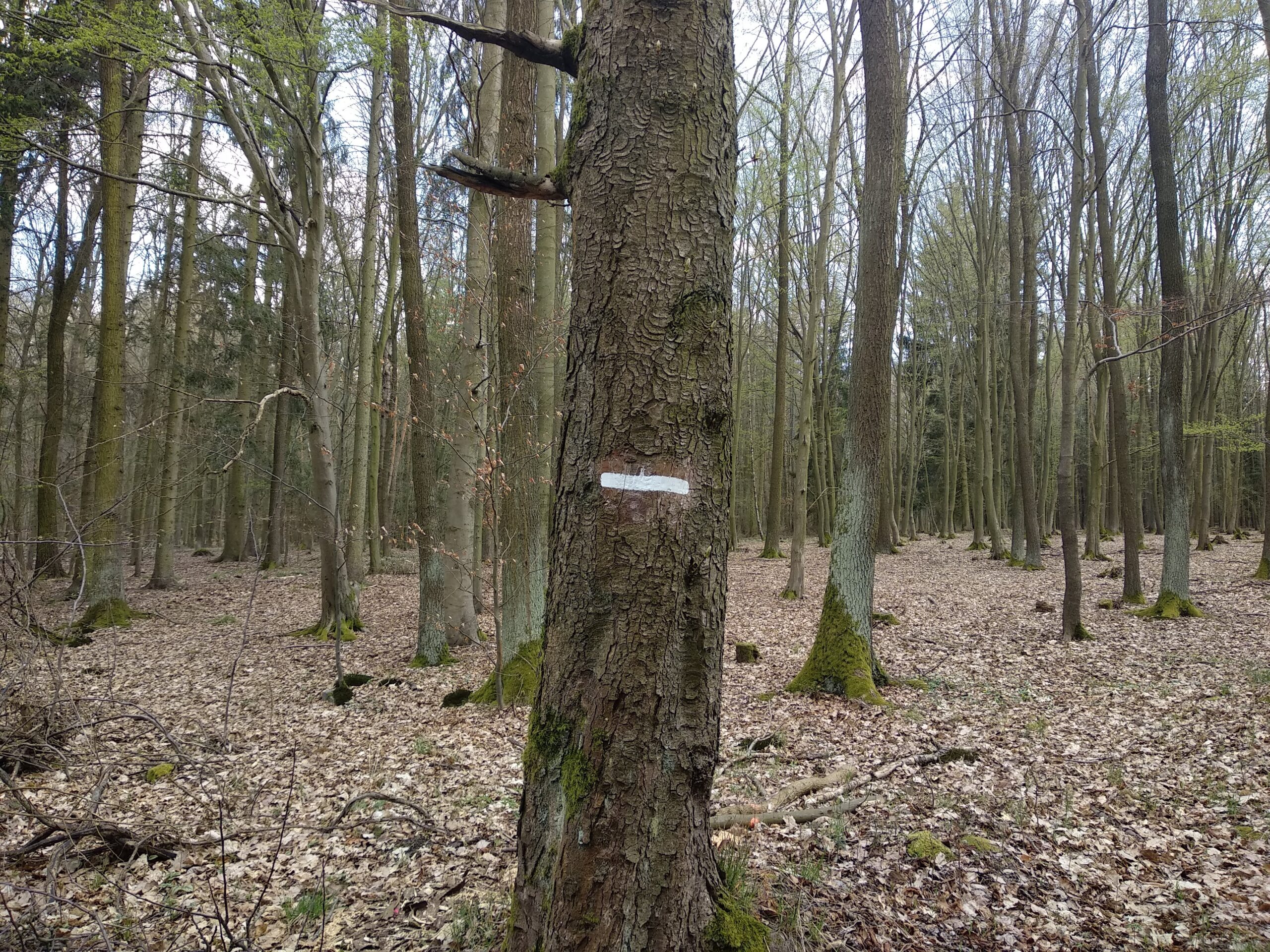 A single short horizontal stripe, resembling a “minus” sign (-), in white paint, marks the border of an Lesy ČR administrative area known as a “díl” (“part”). 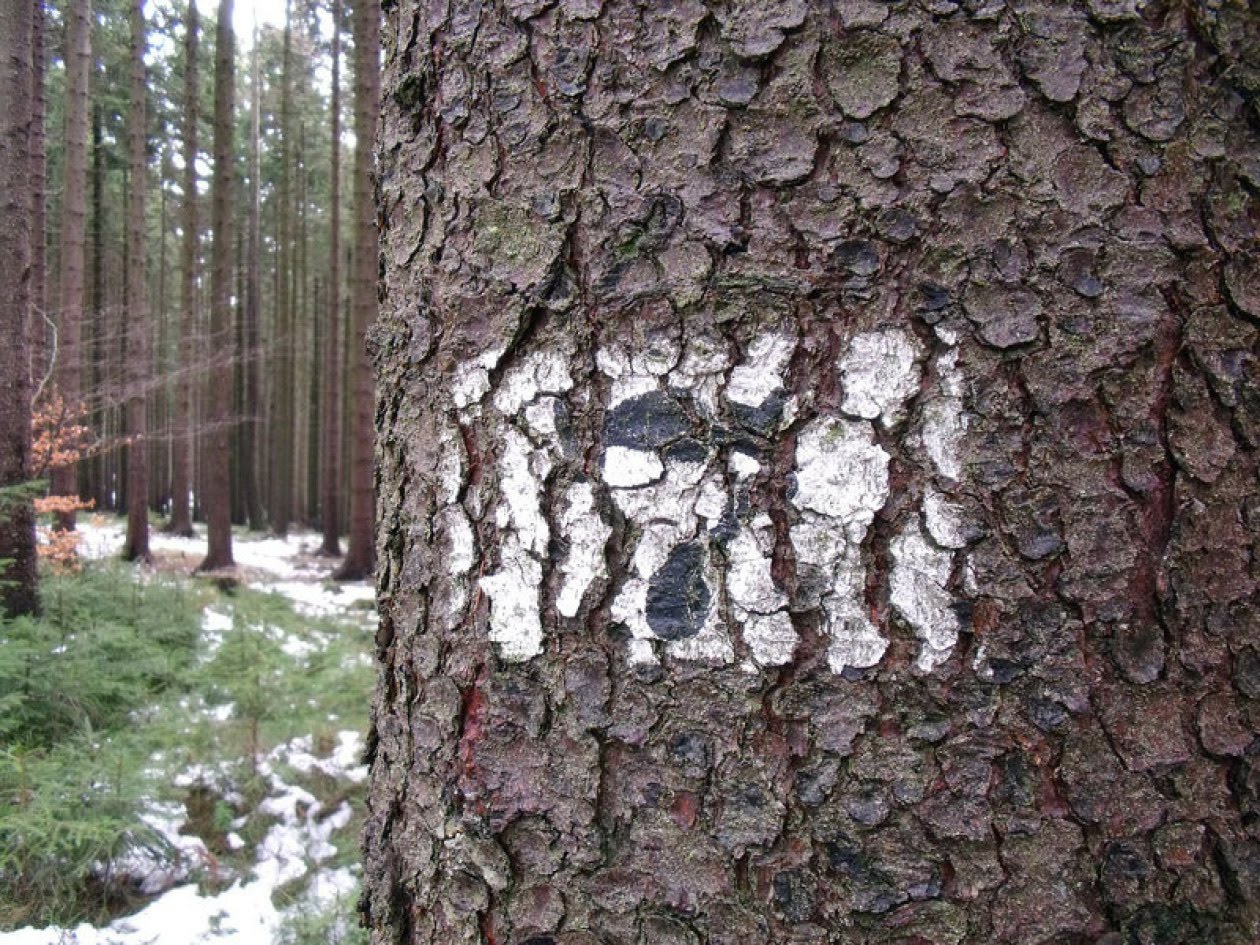 In the past, Lesy ČR used different ways of marking the borders of “oddělení” (“departments”), including this rather cool-looking black number in a white rectangle, some of which are still around today.

The Lesy ČR article also refers to the use of “tables with department numbers” being used but PraguePig.com isn’t sure exactly what’s meant by this:

Number, in yellow paint = tree within a research area 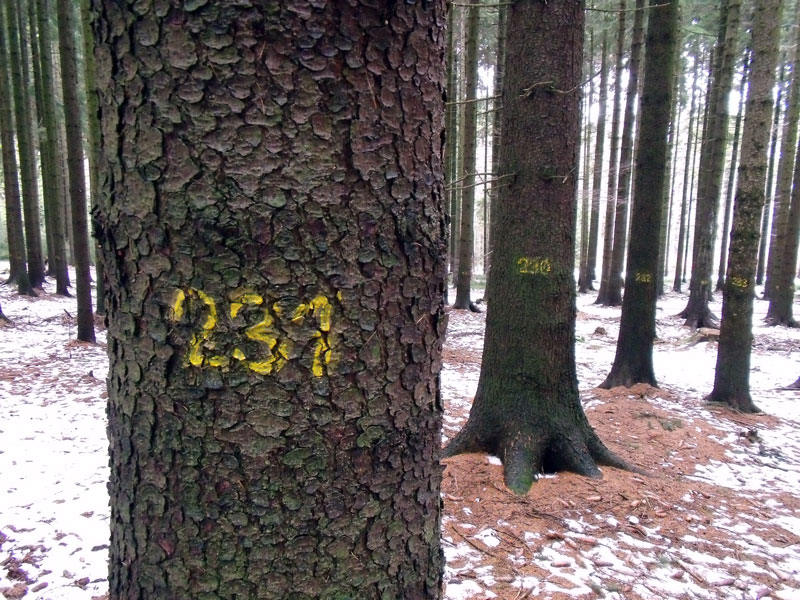 A number in yellow paint indicates that a tree is part of a research project, in a specially designated area of the forest. Research areas are typically between 2,000 and 5,000 square metres in size, with borders marked by single white stripes (see above). It’s here where tree boffins dabble in bleeding-edge forest science. 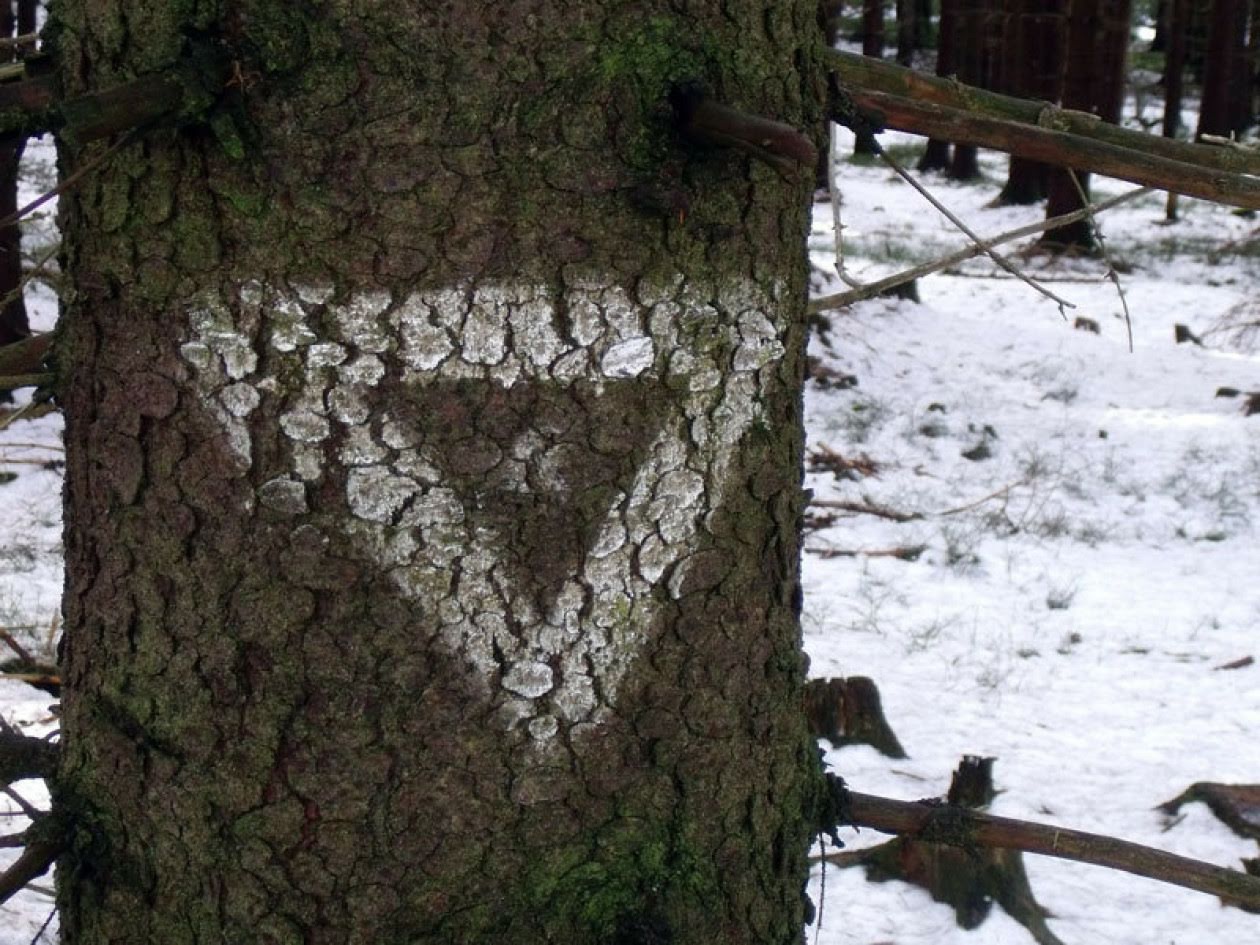 These markings are used for  triangulation, a slightly old-fashioned way of making maps. By measuring the angles between this tree and two other fixed points, surveyors can accurately divide the land into triangles, and use these triangles to map the territory.

These days, however, surveying is usually carried out with global positioning satellites, so PraguePig.com assumes this method is only for the kind of surveyor who makes his own sourdough and thinks vinyl “just sounds warmer”.

(Special thanks to Tomáš R. and Petr K. of the Czechlist Facebook group for their help with the triangulation translation.) 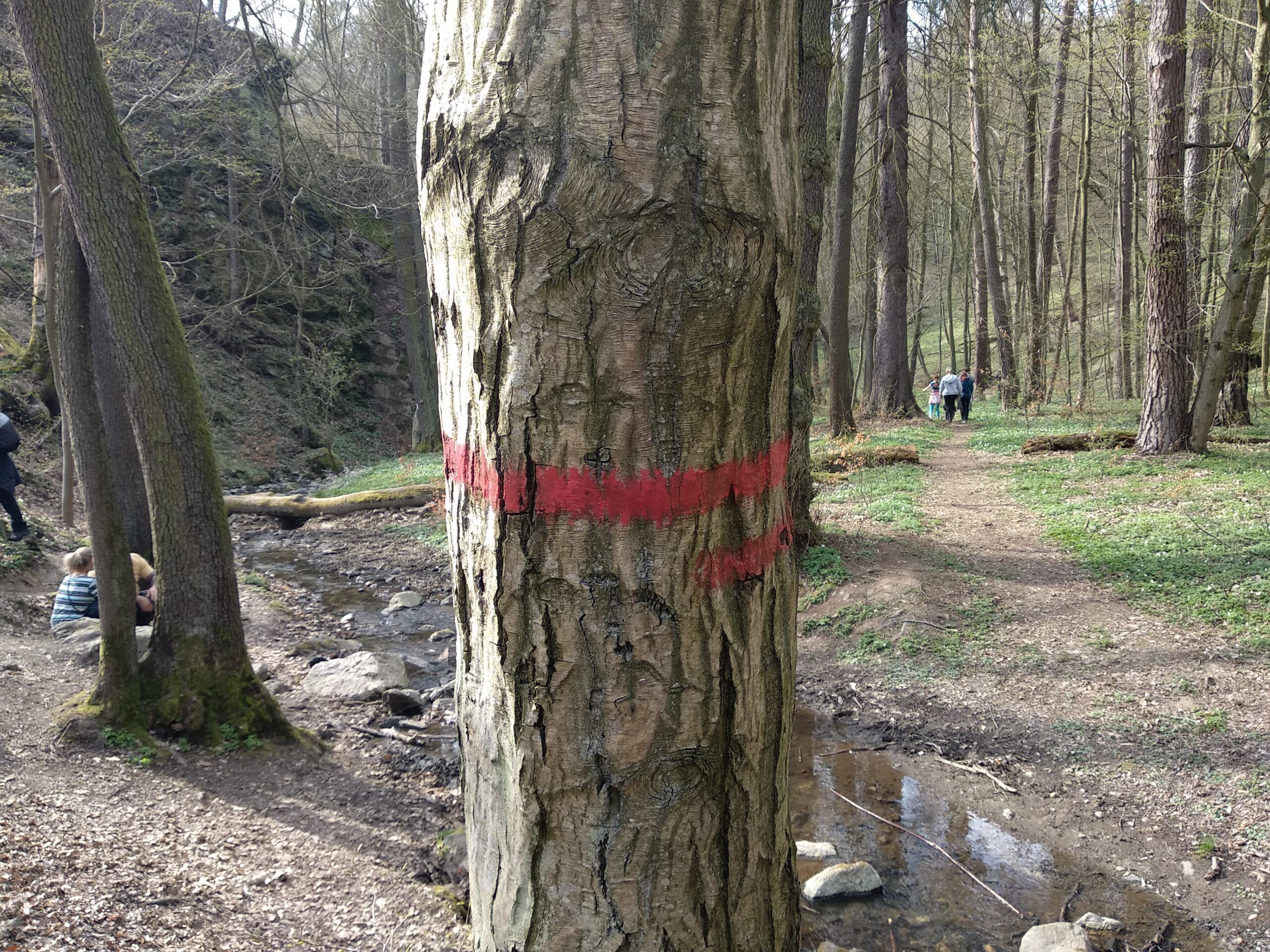 This slightly alarming long red stripe probably marks out the boundaries of a nature reserve or “přírodní památka” (“natural monument”) and almost certainly isn’t the work of a crazed backwoods serial killer. Honestly.

Dot of paint = tree to be felled 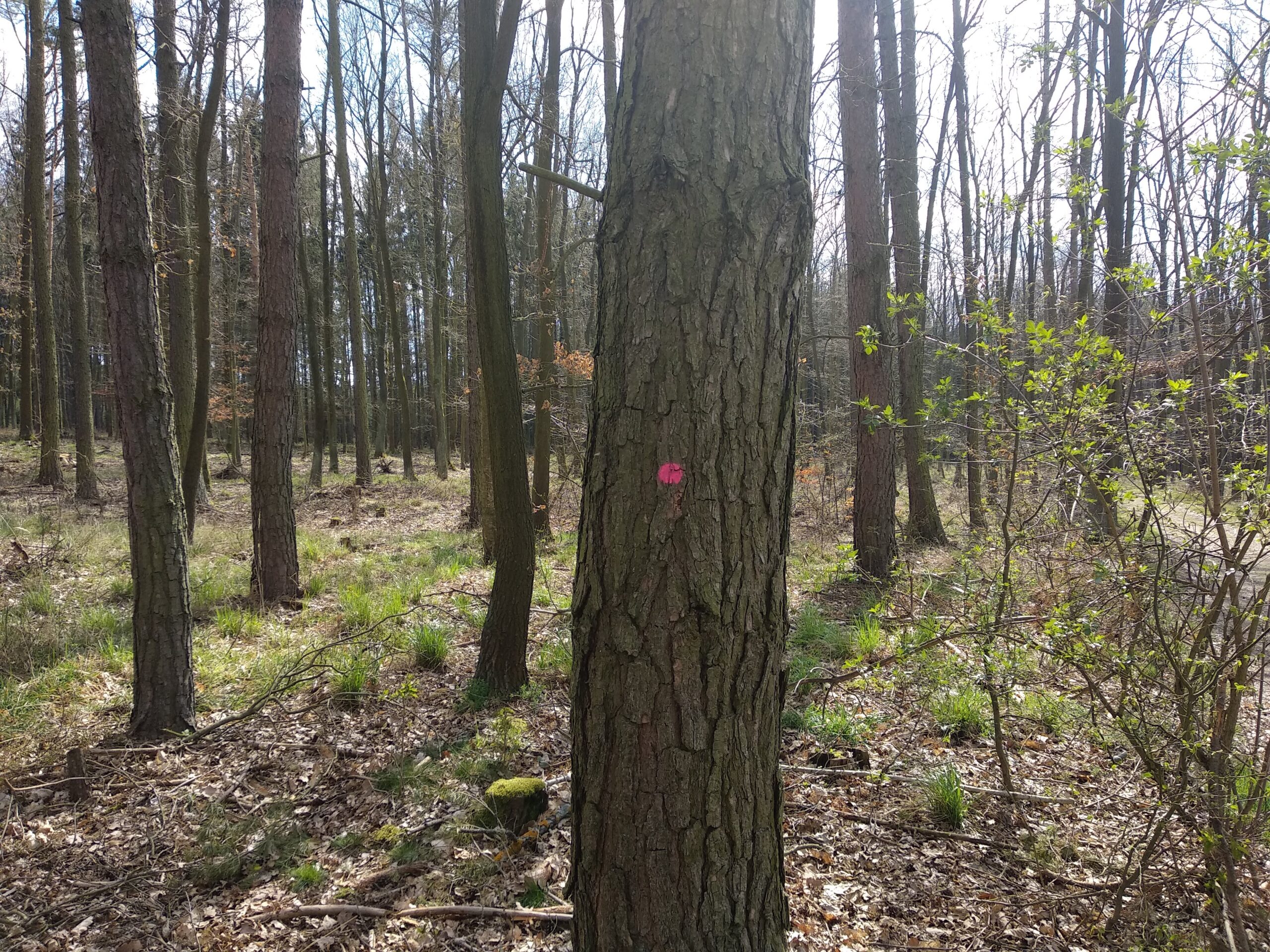 A dot of paint on a tree is effectively Lesy ČR’s mark of death, singling that tree out to be chopped down.

Upside-down “T” = tree to be trimmed 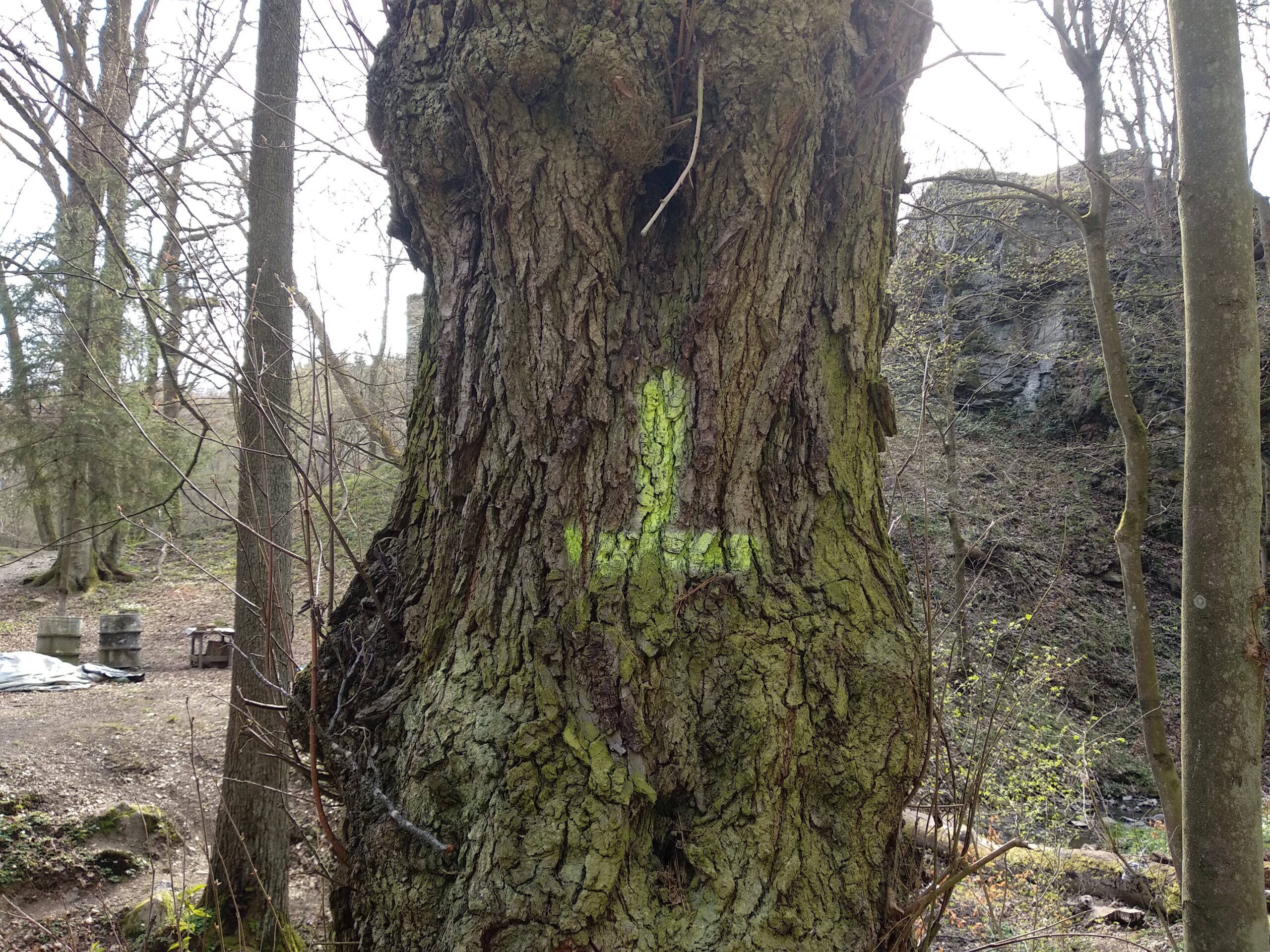 An upside-down “T” on a trunk, often in yellow paint, signifies that Lesy ČR plans to trim that tree’s branches.

PraguePig.com has also seen trees marked with a regular right-side-up “T”. I’m not sure what that means.

Trees to be trimmed are sometimes also marked with vertical stripes.

Cross = not to be felled or trimmed

Trees that aren’t to be felled or trimmed are sometimes marked with a cross.

PraguePig.com hasn’t seen this marking, however, and hasn’t been able to find any photos on the internet.

As you might have gathered, PraguePig.com isn’t an expert on forestry, Czech or otherwise, and welcomes corrections or additions to this article in the comments below.