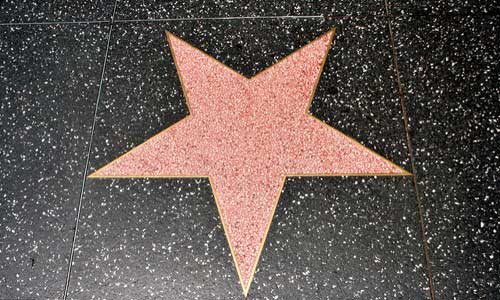 Do you have a star on PraguePig.com’s stock photo of a walk of fame? (Credit: Christian Haugen)

So Prague didn’t turn out to be the Left Bank of the ’90s, or the 2000s, or the 2010s but that doesn’t mean the expat scene is short of talented people doing notable things.

Here’s PraguePig.com’s inaugural ranking of the city’s 10 most famous English-speaking expats, plus a couple of big names that didn’t quite qualify. (Let me know who I forgot in the comments.) 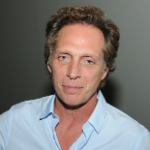 He’s no household name but William Fichtner registers high enough on the “I know that guy from something” scale to qualify as a Hollywood star. The American actor enjoyed filming TV series Crossing Lines in Prague so much that he bought a second home here for his family. “I know it is one thing to [visit] and another to live here for five months but we really embraced the idea of getting an apartment, finding a grocery store and places where we like to get a cup of coffee,” he told Stuff in 2014. Coming soon to a potraviny near you… 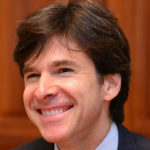 The American ambassador always has a high-profile role in Prague life but Andy Schapiro is more visible than most. The former Obama fundraiser doesn’t quite match predecessor Shirley Temple Black for name-recognition but his well-publicized spat with President Zeman and regular Czech media appearances have kept him in the headlines. Most memorably, the lawyer-turned-diplomat showed off his mad axe skills on Jan Kraus’s late-night talk show.

Ambassador Schapiro on the US Embassy in the Czech Republic website 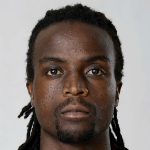 One of the Czech league’s best left-backs, Zimbabwean footballer Costa Nhamoinesu has been a star for Sparta Praha since 2013. Sparta fans love Nhamoinesu (pronounced “na-moy-ness-oo”, PraguePig.com thinks) not only for his on-field performances but also for his amazing language abilities: the Zimbabwe international was speaking passable Czech within six months of moving to Prague. The 30-year-old could soon be leaving Letna, though: his contract expired at the end of the season and he’s now considering his options. 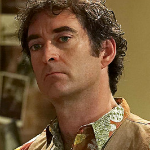 Few Prague expats are more recognizable to Czechs than Canadian actor Dan Brown, a recurring character on the TV Nova serial Ulice (“The Street”), Mrs. PraguePig.com’s favourite soap. Playing American bar-owner Henry Rettig, Brown regularly appears in front of an audience of around a million viewers — even if, as he admitted in an 2012 interview with Radio Prague, his character doesn’t actually have that many interesting storylines. 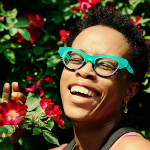 PraguePig.com has been in Prague long enough to remember the days when Tonya Graves was “the girl from the Globe bookstore”. These days, the soulful American singer is a bona fide pop star, best known as a member of funk band Monkey Business. A mother of two and apparently settled long-term in Prague, Graves is an enduring source of fascination to the local media. Strangely, she’s also the only woman on this list. 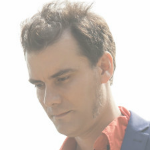 Not to be confused with the other James Harries, the British singer-songwriter has worked his way up from expat bars to topping the Czech pops — or at least, the Evropa 2 Music Chart. Often compared to Jeff Buckley (but less dead), the Mancunian minstrel released his sixth album, Until the Sky Bends Down, last year (2015). Fun Fact: According to an interview in PraguePig.com’s mother-in-law’s copy of Vlasta, Harries’ favourite Czech city is Ostrava. 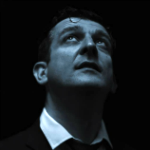 Once a sailor, now a singer, the frontman of Prague alternative rock band The Prostitutes pulled off a neat trick recently: Despite being British, his Different World LP won the 2014 Apollo prize for Czech album of the year. (Kind of a Czech equivalent of the Mercury Prize.) Originally from Newcastle-upon-Tyne, Bell has called Prague home since 1993. Amazing but False: His middle name is Tiberius. 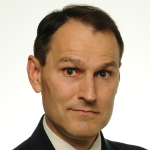 When Czech news shows want a Western perspective, there’s usually one man they turn to: Erik Best. Fluent in Czech and based in Prague since 1991, the American journalist/publisher is best known for The Fleet Sheet, a daily Czech news summary that’s a must-read for expat biz types, and The Final Word, a daily commentary on Czech current affairs. Best also launched one of Prague’s odder English-language media ventures, the short-lived Bohemia Daily Standard newspaper. 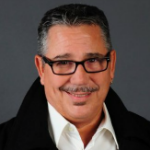 You might not have seen Robert Polo in Prague but you’ve almost certainly heard him. The American DJ/voiceover artist is almost the unofficial “voice of Prague”, lending his sonorous tones to jingles, commercials, movie trailers and pretty much anything that needs a dash of Americana. “Dr. Bob” (not an actual medical doctor) also has his own show on the curiously named Color Music Radio. 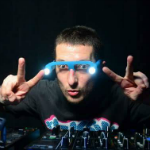 A fixture of the Prague dance scene for two decades, British house DJ Chris Sadler has been the resident at Roxy’s Climax since 1998, making it the longest-running Czech club night by several country miles. The Nottingham-born DJ has played on the same bill as the likes of Derrick May, Dave Clarke and Darren Emerson and routinely clocks up more than 100 parties a year. It makes PraguePig.com tired just thinking about it. 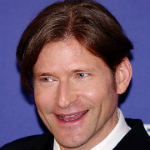 Best-known for playing Michael J. Fox’s dad in the first Back to the Future film (and for not being invited back for the sequels), the famously eccentric Hollywood actor/director is a borderline case. Glover doesn’t live in Prague but he does own a chateau in Konarovice, Central Bohemia. According to a 2015 interview with the former Manchester Guardian, Glover spends four months a year in Konarovice, mainly working on his somewhat idiosyncratic film projects. 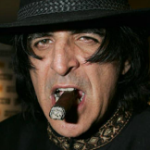 The Killing Joke frontman doesn’t have a home in Prague but spends a lot of time here. Coleman’s work in Prague includes an album of orchestral Doors covers, a spell as composer-in-residence with the Prague Symphony Orchestra (FOK) and collaborations with folk-rockers Cechomor on two albums, including the soundtrack to the 2002 hit Rok d’abla. “Prague is the last great mystery,” Coleman told VICE last year (2015). “This is where the magic happens.”