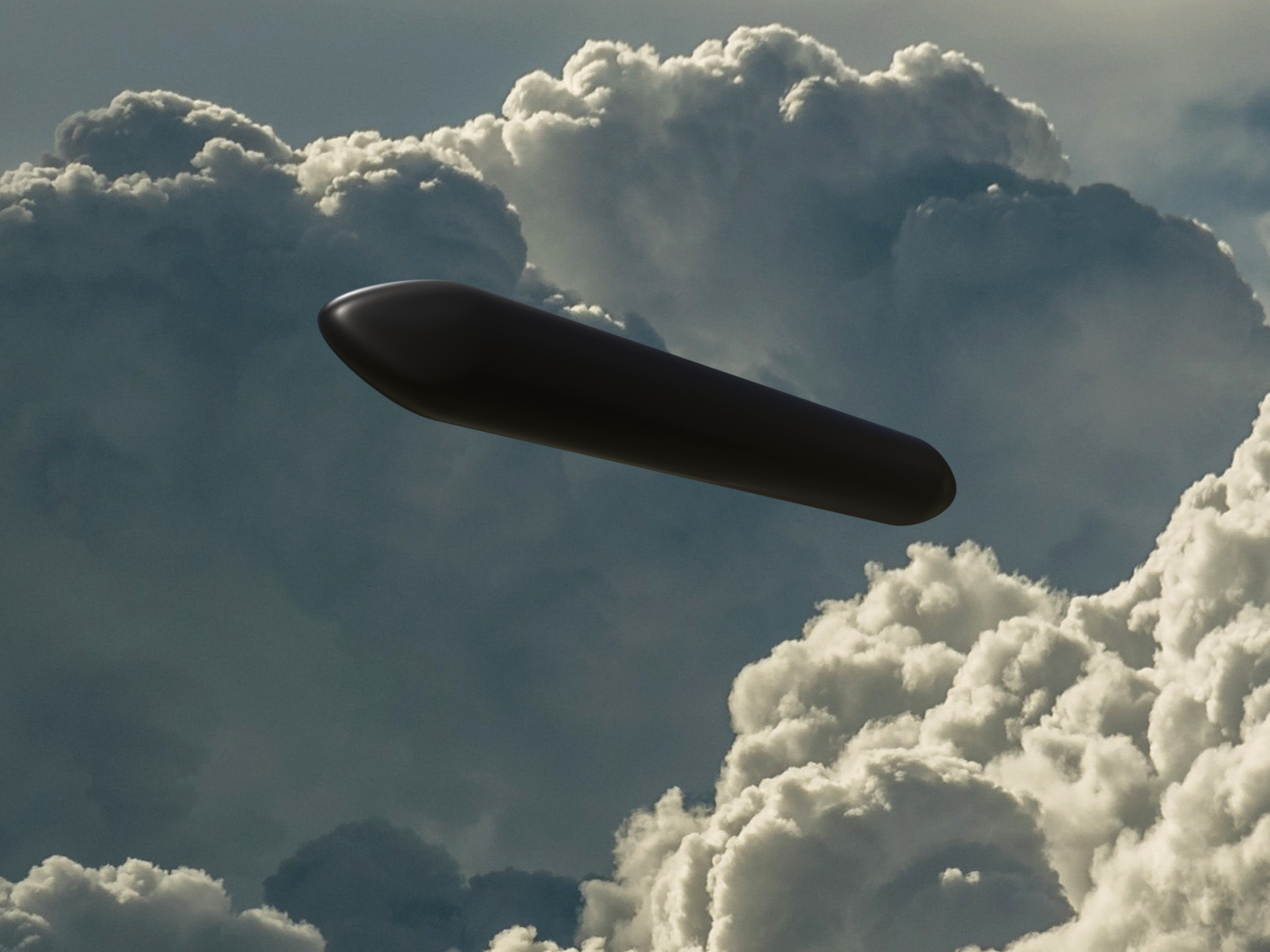 It’s one of the most amazing Czech UFO cases of all time: a strange object is picked up on radar then pursued by military helicopter over a popular tourist resort.

Aiming to remedy that situation, I got out my battered Česko-anglický slovník, and got to work.

The following text is a translation of an extract from Jaroslav Špaček’s history of the 51st Dr. Edvard Beneš helicopter regiment, which was published by the now-defunct Votobia publishing house in 1998.

The extract initially appeared in the 6/98 (June 1998?) issue of L+K magazine, and is now available on the excellent Projekt Záře (“Project Glow”) UFO site, where you can find a lot more Czech-language information about the Vranov case.

Much has been said and written about the UFO issue recently, and some officers from the 51st helicopter regiment even had the chance to encounter an unidentified flying object while in the air.

Shortly after lunch, the crew was ordered to scramble. The target location was Vranov nad Dyjí. After reaching the area, the crew was given further information about its target — which was in Austria, close to the Czechoslovak border — and ordered to climb to a height of 2,000 metres.

The weather was typical for a summer’s day, with a number of cumulus clouds ranging in altitude from 1,500 metres up to above 4,000 metres, and a number of people swimming and sunbathing below.

At first, the scrambled helicopter navigated along the border, back and forth between Vranov and Slavonice, with the information that the target object was moving towards the helicopter at considerable speed.

Our crew initially thought that the ground-controlled intercept (GCI) radar was tracking a cloud, which appeared as if it were a target object.

Nobody, however, saw the target among the cumulus clouds.

During these manoeuvres, the helicopter didn’t rise above 3,500 metres.

There was still nothing visible, even though the helicopter had risen above the cloud when the target was around 600 metres away.

When air traffic control announced a distance of 200 metres, Flying Officer Pospíchal looked up and his eyes bulged out of his head.

A dark object shaped like a cigar flew overhead in the opposite direction. He only had time to say into the intercom: “It flew over us, over.”

Without hesitating, Captain Tesařík stepped down on the pedal with his left foot and banked 40 degrees into a left turn.

Understandably, one wouldn’t want to fly a Mil Mi-24 at this altitude, close to its maximum limit, and therefore he descended a few dozen metres. Nevertheless, he saw the target and tried to follow it.

The target’s behaviour was very unusual. Although the helicopter tried to follow [the target] and get it in its sights, it wasn’t possible. Whenever the helicopter got into a position close enough for shooting, the target always deftly changed direction and, what’s more, always maneouvered towards the sun.

Similarly, shooting at the target wasn’t possible because it was positioned directly over the Vranovská přehrada, which was full of people…

After around two minutes of visual contact, the target again disappeared into the clouds.

Then the worst situation of the whole flight occurred. While flying through the cloud using instruments, air traffic control again began to provide information: “…target 6 km heading directly at you, 4 km, 2km, directly at you…”. At that moment, the flight engineer could be heard, and with the words “Rob niečo, ved ide proti nám!” (“Do something! It’s coming at us!”), he probably set a new record for putting a parachute on.

The flight engineers in an Mi-24 don’t wear parachutes because they would limit their movement in the narrow tunnel for the pilot. They wear a parachute harness then, if they need it, buckle on their own parachutes. Some, however, don’t even wear the harness because it’s so uncomfortable.

Air traffic control continued to report the target’s distance: “…1 km, 800 metres, 500 metres, directly opposite you… They just missed you to the left…”

You can be certain that nobody onboard the Mi-24 was laughing now. To be in the clouds, knowing that something tangible is flying straight towards you, unable to see, and only able to sit and wait… Thank you, but one wouldn’t want to experience that feeling every day.

As a result of receiving further directions to the unknown target, the helicopter found itself over Dukovany, and later it had to return to its base to take on fuel.

At the same time, the other scramble helicopter was carrying out a different task, therefore our crew took off again to monitor the intruder. That wasn’t necessary, however, because in the meantime, according to radar observation, it moved at great speed over Brno, Jaslovské Bohunice and Bratislava, where it disappeared from the screen.

What the Prostějov helicopter encountered in the air remains unknown to this day. We know only that after landing the crew received an order to destroy all records of radio correspondence and flight parameters. On their own initiative, our pilots played around with calculations and, by establishing distances at particular times, estimated that the speed of the unknown target ranged from 60 to 2,700 km/h [37 to 1,678 miles per hour].

Was it a UFO or not?

Notes on the Translation: Big thanks to Mrs. PraguePig.com, and to Darian A., Václav M. and other members of the Czechlist Facebook group for their help and advice. Any mistakes in the translation are PraguePig.com’s work, however, and not theirs.