The Danepocalypse is nigh! Drunken Scandinavian teens rape and pillage Prague again 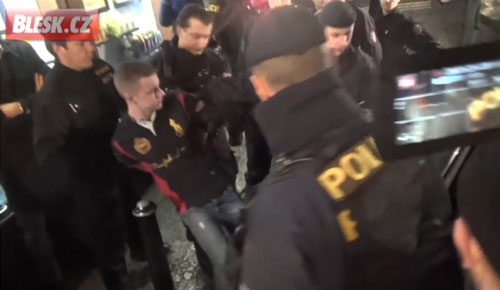 Several thousand Danish and Swedish students are due to descend on Prague in the next few days, in what the Czech media fears/hopes will be a repeat of last February’s chaos.

In case you missed it (and you quite possibly did), boozy Danish teens trashed the odd hotel room and got into some barneys last year, prompting a disproportionately hysterical reaction in the Czech papers.

Taking advantage of cheap package deals, Scandinavian students have started flocking to Prague during their February holidays, swapping some of the world’s highest beer prices for some of Europe’s lowest.

(According to the invaluable Pintprice website, an average large beer costs the equivalent of around 5.50 euros (151 Czech crowns/7.52 US dollars/4.58 British pounds) in Denmark, compared to just 1.15 euros in Prague.)

Theoretically, the authorities are better prepared for the Viking onslaught this time around.

According to Radio Prague, the Danish government has been running a public information campaign advising young Danes how to behave abroad.

Four Danish cops have also reportedly travelled to Prague to help keep their drunken compatriots on the right side of the law.

So far, however, some of our Danish guests haven’t got the message, and continued to live up to the colloquial Czech expression “opilý jako Dán” (“as drunk as a Dane”).

It isn’t all bad news, though.

According to Nora Dolanská, director of tourist agency Pražské informační služby (PIS), the Danes bring much-needed money into the city at an otherwise-quiet time of year — and will probably return for a less-boozy visit at some point in the future.

And for news-starved Czech tabloid hacks it’s a chance to visit attractive vodka-drinking teenagers in their hotel rooms — all in the interests of serious journalism, of course. 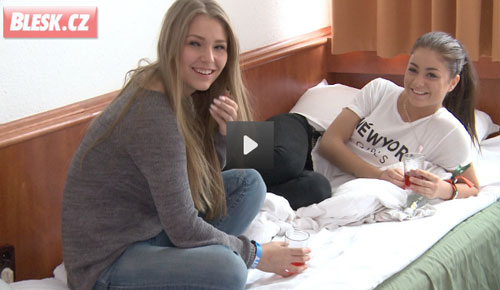