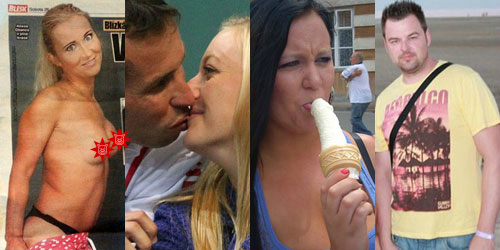 Elite former soldier accused of sexually abusing baby
Viktor Štingl was sentenced to nine years in prison for the attempted rape of infants, offering money for sexual intercourse with small children, and the illegal possession of firearms.

Štingl, a former member of the Czech army’s special operations group, plead not guilty, claiming he was attempting to break up a paedophile ring.

The new Czech citizenship test will be really hard
The Czech Republic’s new citizenship test came into effect on January 1st, 2014, and isn’t much easier than the mock-up created by Hospodářské noviny in February.

Try some of the real questions here.

In August, Fitness BBC owner Jens Beckhäuser announced he was ending his involvement in demonstration-based selling because of a “negative media campaign”.

Finally, Silvie Dymáková, whose feature-length documentary inspired Blesk’s campaign, was named one of Mladá fronta Dnes’s “Czechs of the Year”.

“I’m so happy I found her, and it definitely changed my life,” Štěpánek told Tennis.com in November, the soppy apeth.

As of December, Nicole Vaidišová, Štěpánek’s ex-wife, was considering a comeback to professional tennis.

Despite these setbacks, Ania is still going strong, however, having apparently teamed up with a Polish live sex-chat website.

After checking out of the psychiatric hospital in Prague 8-Bohnice, she married long-term partner Josef Rychtář in September.

Looking significantly healthier than she has in recent years, Bartošová attended the Český slavík awards with her husband in November.

And she spent a happy Christmas with her son, Artur.

Death in Egypt: the poisoning of Monika and Klára Kramná
Petr Kramný, who was suspected of poisoning his wife and daughter on holiday in Egypt, was finally allowed to return home to Karviná on October 31st.

Kramný remains the focus of intense interest in the Czech tabloids, however — particularly TN.cz, the web version of TV Nova’s Televizní noviny show.

And on December 19th, “hard drugs” were found in Kramný’s locker at the Hyundai factory where he works. (He claims they were planted there in an attempt to discredit him.)

Back in Hurghada, the Egyptian police finally completed their investigation into the deaths earlier this month but have yet to announce their findings.

Prague’s most expensive beer: 145 crowns for a half-litre of Pilsner
This was one of PraguePig.com’s most popular stories of the year, prompting several readers to suggest places where beer is even more expensive than the 145 crowns charged at the airport.

New clues in police hunt for Barrandovský most body’s identity
The identity of the woman whose body parts were found in the Vltava at the beginning of October remains unknown.

In early November, the police announced that the body parts were probably dumped in the river in Prague 5-Malá Chuchle, not far from the intersection of Zbraslavská street and the Strakonická highway.

Since then, however, there have been no major breakthroughs and the case remains unsolved.